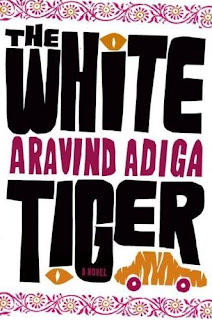 In this darkly comic début novel set in India, Balram, a chauffeur, murders his employer, justifying his crime as the act of a “social entrepreneur.” In a series of letters to the Premier of China, in anticipation of the leader’s upcoming visit to Balram’s homeland, the chauffeur recounts his transformation from an honest, hardworking boy growing up in “the Darkness”—those areas of rural India where education and electricity are equally scarce, and where villagers banter about local elections “like eunuchs discussing the Kama Sutra”—to a determined killer. He places the blame for his rage squarely on the avarice of the Indian élite, among whom bribes are commonplace, and who perpetuate a system in which many are sacrificed to the whims of a few. Adiga’s message isn’t subtle or novel, but Balram’s appealingly sardonic voice and acute observations of the social order are both winning and unsettling.
Partilhar